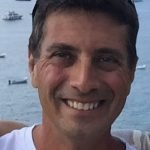 Armando Richard Addati Ollero is a Boston University Computer Science major (class of 1965) who has worked professionally with major companies like Microsoft and EMC2. His areas of expertise are relationship management, indirect sales and channel go-to-market.

His passion for sailing started at the age of eight in the Caribbean waters of Venezuela, navigating with a small 31-foot boat with his family and friends. At the age of 18, when he moved to Boston, he took advanced courses in Coastal Navigation and in scuba diving until becoming a PADI and DAN Instructor.

In 1990 he moved to Europe and continuously chartered to explore the Med. Later on he bought his first of three sailboats, a 53 ft Ultra light displacement boat (ULDB). With Lady Blues he worked teaching many people how to regatta in teams and took part in several 600 mile offshore regattas. 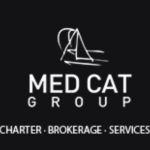